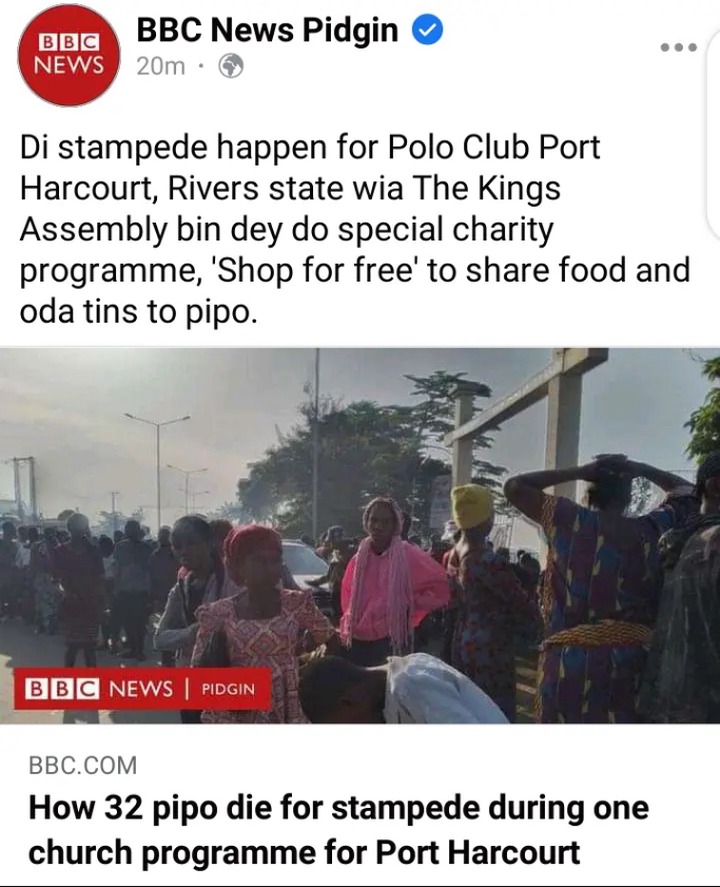 According to reports from Daily Post Yesterday morning, over 20 people died in a stampede while seeking food at a Church in Port Harcourt.

The church is reportedly identified as The Kings Assemblies, and they welcomed the public for an edition of free gifts and food distribution in the State.

A crowd then stormed the gate and it resulted in a stampede.

The Founder of Omega Power Ministry, Pastor Chibuzor Chinyere, has however reacted to the news via his Twitter handle. The Pastor sympathized with the families of the victims and he also prayed for the church.

In his (Apostle Chibuzor) words he said;

“I Apostle Chibuzor use this medium to sympathize with the families of the victims of Kings Assemblies stampede. Watching the video broke my heart, may God give you the courage to overcome this hard time Amen.” 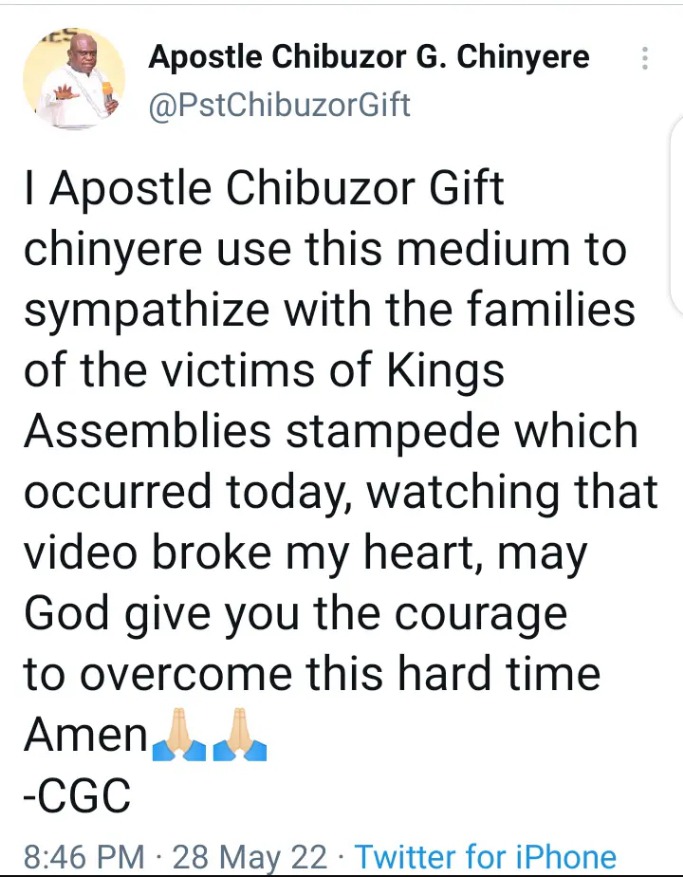 Kindly leave your comments in the comment section below.