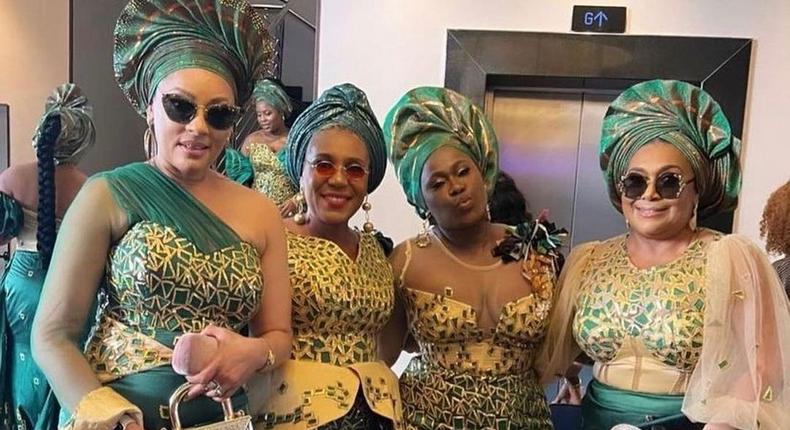 All roads led to Owerri the capital city of Imo state where the traditional wedding ceremony between Nollywood actress Rita Dominic and her husband, Fidelis Anosike was held.

The ceremony which was attended by who is who in Nollywood saw several veterans and A-list actors in attendance.

Among those who showed up for the latest bride in town were Joke Silva, Chidi Mokeme, Ini Edo, Uche Jombo, Hilda Dokubo, Lilian Bach and Shan George.

Others were veteran comedians and actors Julius Agwu and Okey Bakassi.

The movie star and her partner Fidelis Anosike got engaged earlier in April.

She was hosted by friends to a very beautiful and colourful bridal shower.

It would be recalled that on Boxing Day, 2020, Dominic sent social media into a frenzy when she shared some cosy photos with her partner, Anosike.