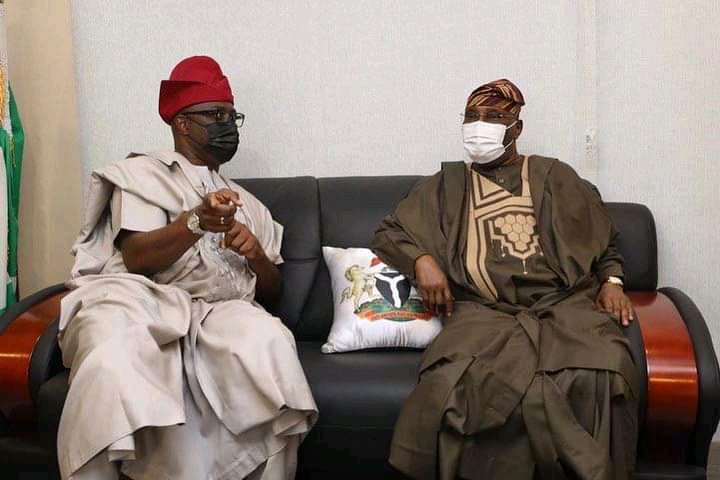 The former vice president, Atiku Abubakar arrived Ibadan, Oyo State to attend the coronation ceremony of his friend, Senator Lekan Balogun who is now the new Olubadan of Ibadanland.

The former vice president, Atiku Abubakar and his people were welcomed by the Governor of Oyo State, Seyi Makinde and other Dignitaries in Ibadan.

Take a look at some pictures of Atiku Abubakar in Ibadan, Oyo State Below.

Atiku Abubakar has taken to his Facebook account to appreciate the Governor of Oyo state, Seyi Makinde for a warm reception after their Arrival.

Atiku Abubakar also Wrote; ‘I just Arrived in Ibadan for the coronation ceremony of my friend, Senator Lekan Balogun, as the Olubadan of Ibadanland. Thank you Governor Seyi Makinde, For the Warm reception, may God bless you’

The fans of Atiku Abubakar on social media wished him a safe return. Check out how some of them reacted to his post below.