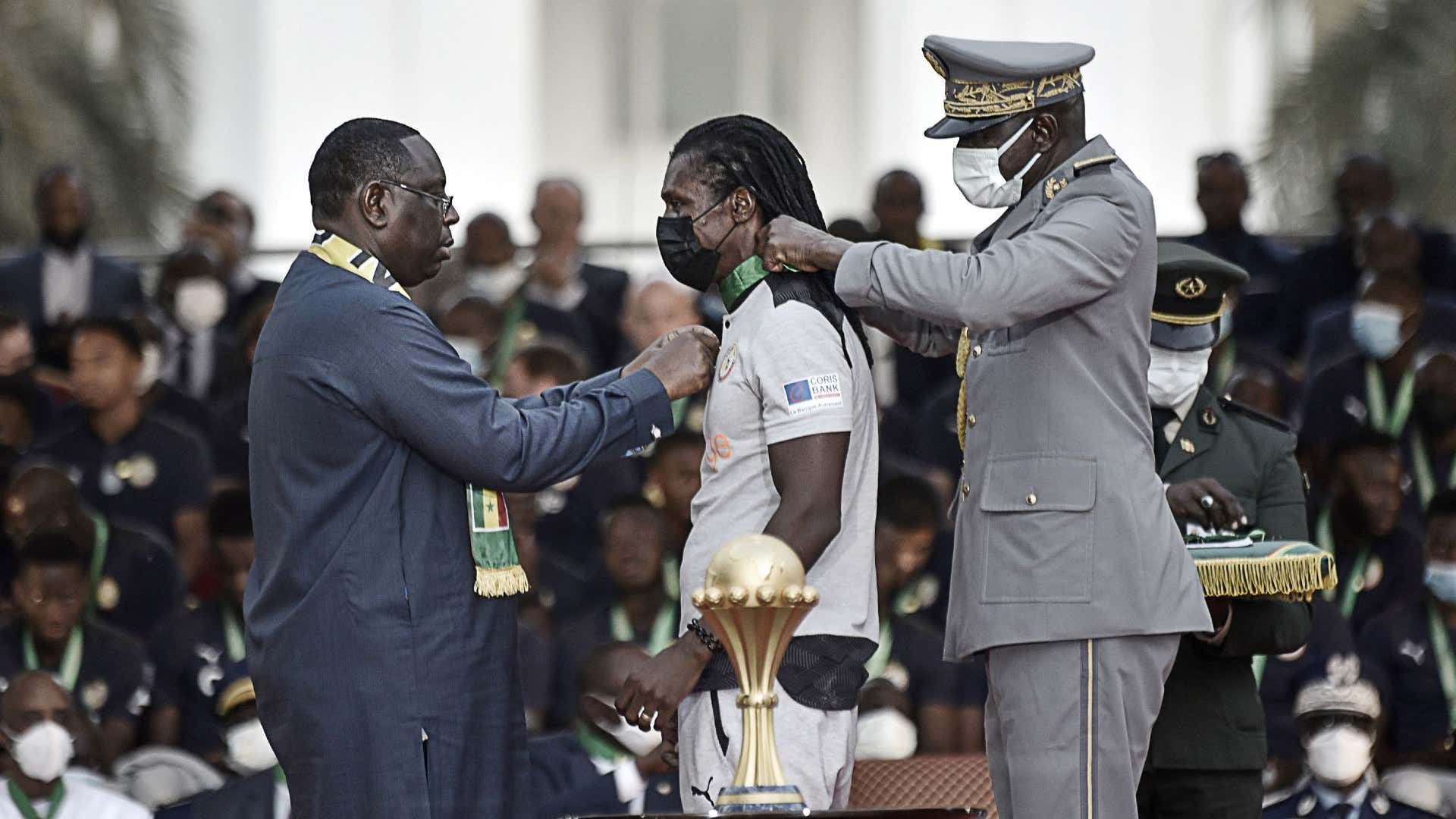 Senegal President, Macky Sall has rewarded the players and coaches of the Senegal for emerging as champions of the 2021 Africa Cup of Nations.

Aliou Cisse’s men defeated Egypt on penalties on Sunday, February 6, to lift the African showpiece title for the first time ever, with Sadio Mane scoring the winning penalty in the dramatic shoot-out.

During a reception held at the presidential palace in Dakar on Tuesday night, February 8, Senegal’s leader gave each of the players and coaches a plot of land in Dakar, $87,000 each and bestowed upon them Senegal’s highest order, making them Grand Officers of the National Order of the Lion.

“In addition, as a token of gratitude, and on behalf of the nation, the players and other members of the official delegation will each receive a special bonus of 50 million franc CFA ($87,412) and a 200 square metre plot of land in Dakar,” said Sall as quoted by Metro.

The president added that the Lions of Teranga would also receive a 500 square metre plot in a memorial estate in Diamniadio, a new futuristic economic and industrial hub around 45 km from Dakar where a new national stadium will be inaugurated on Feb. 22.

President Sall told players they had reached the “summit of Africa” while praising coach Cisse for his efforts.

“Here you are, on top of Africa. Thanks to your fighting spirit, your talent and your commitment, you have brought back to us the pride and honour that marks great people,” he said.

“Thank you to coach Aliou ‘El Tactico’. As I said, he doesn’t talk much, he doesn’t make noise, but he is efficient, and he brought us the Africa Cup with his valiant team.

“Thank you, from all those who were with you. Through quiet strength and imperturbable serenity, you have shown your qualities as a leader of men.”