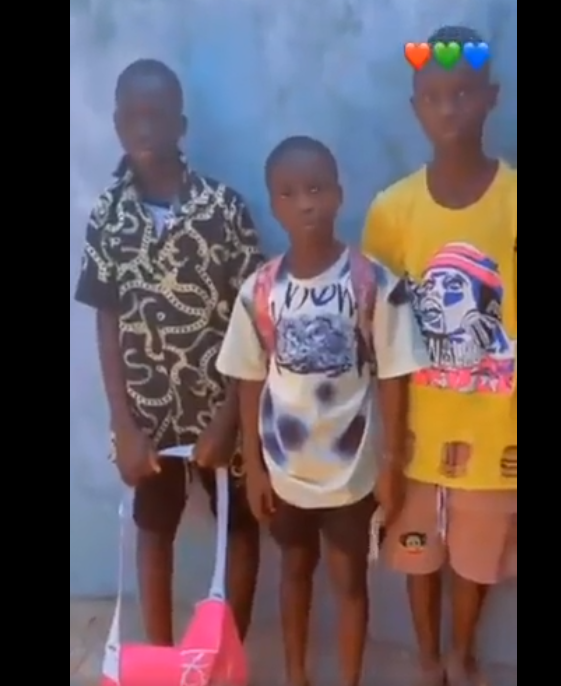 A video of some “stranded” boys who were searching for where to learn yahoo-yahoo (onlie fraud) has gone viral.

The boys were seen being queried by a man whose gate they knocked at in an Edo community.  The boys who are between the ages of 14-16, told the man that they “want to hustle”, which they clarified to mean yahoo-yahoo (online fraud) and not yahoo plus (online fraud+rituals).