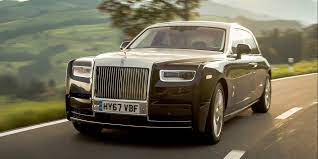 Around the world, most musicians do not like to drive a casual car because of their status, they all want to ride in an expensive and a luxury car, and this applies to some Nigerian musicians. However, in this article, I will be showing you some of the expensive cars owned by Davido and Burna Boy.

A couple of hours ago, Damini Ebunoluwa Ogulu, a Grammy Award musician who is also known as, Burna Boy is among the few musicians who drives expensive cars in Nigeria. The young, talented musicians make his money through music and endorsement deals with some companies around the world, and he spends some of the money he gains on cars and other expensive things. Earlier today, Burna Boy took to his Instagram story to announce that he just acquired a new Lamborghini car. Some of the other expensive cars owned by Burna Boy are the 2013 Ferrari which he later changed the exterior and interior, Range Rover SUV, Bentley Continental GT, Royce Rolls Dawn Convertible. The DMW record label boss, David Adeleke who is also referred to as Davido is also one of the musicians that have an expensive taste when it comes to buying luxury things. Recently, Davido bought a new Lamborghini and a Ferrari car. Some of the other cars that he owns are, Bentley Continental GT, Range Rover SUV and a Mercedes Benz G-W Between the two Nigerian musicians, who do you think has the best taste in cars? Kindly share what you think with us in the comments section below.