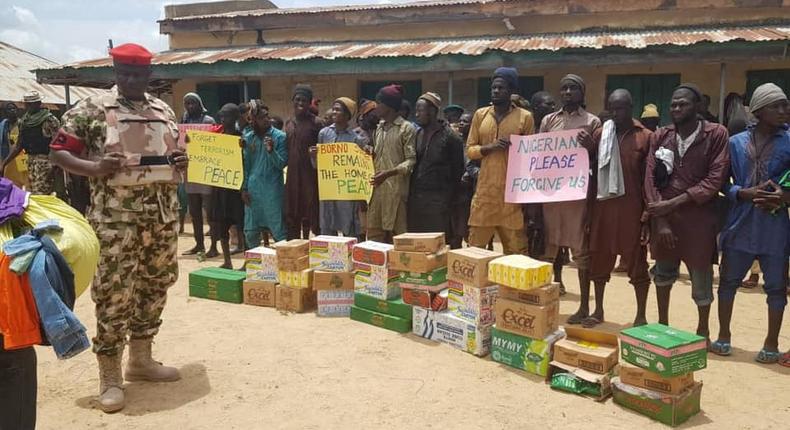 Military troops have been fighting Boko Haram terrorists in the north east since 2009.

The Defence Headquarters (DHQ) has announced that at least 950 terrorists were killed by troops between May 20, 2021 and January 6, 2022.

A total of 79 terrorists were also arrested by Operation Hadin Kai troops who rescued 113 kidnapped civilians from their captors.

“A total of 195 assorted arms including AK-47 rifles, GPMGs, PKT guns and locally fabricated guns were recovered from terrorist elements in the course of the operations.

“In addition, a total of 2,385 rounds of different calibres of ammunition and 253 rustled livestock were recovered, while a total of 14 gun trucks of the terrorists were destroyed in the course of the operations, while 16 gun trucks were captured by own troops within the period,” Onyeuko said.

Military troops have been fighting Boko Haram terrorists in the north east since 2009.

The group is responsible for the death of over 35,000 people and displacement of millions in the past decade.

The UNDP estimated in a report last year the death toll is over 350,000 when deaths caused indirectly by the group’s activities are factored in.

The Islamic State West African Province (ISWAP), which broke away from Boko Haram in 2016, gained the upper hand this year when Boko Haram’s leader, Abubakar Shekau, was killed in the battle for control between the two groups.

His death kickstarted a wave of defections from terror by thousands of fighters that surrendered to the military hoping to be enrolled in the government’s controversial rehabilitation programme – Operation Safe Corridor.

Onyeuko said on Thursday a total of 24,059 terrorists and their families surrendered to troops since last May.

“All surrendered elements have been properly profiled and handed over to appropriate authorities for necessary actions,” he said.

Onyeuko praised the military’s operational performance for the period reviewed, and promised Nigerians that peace will be restored soon.