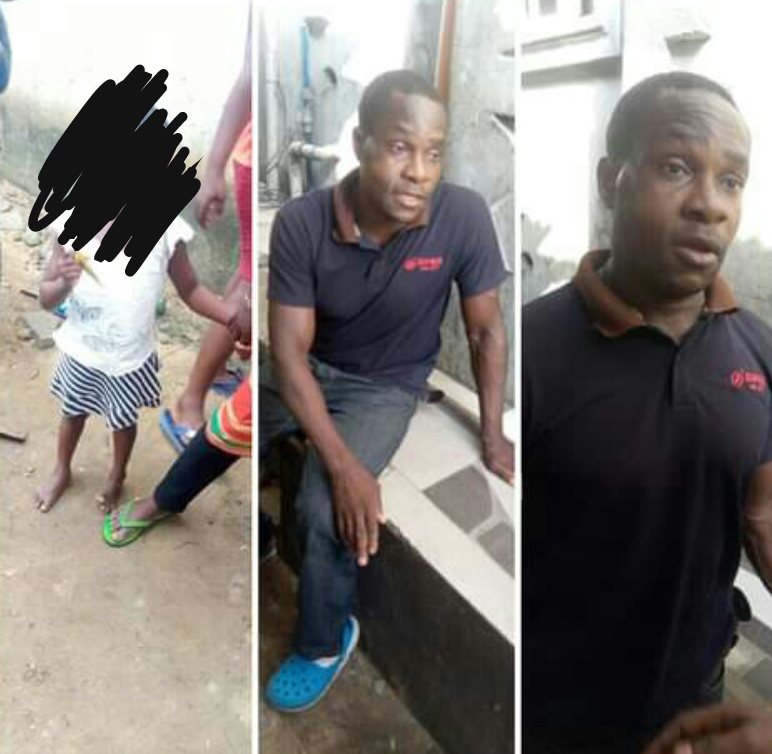 A middle-aged man has been arrested after being accused sexually abusing his neighbour’s little daughter at Ejekwu street in Wike Rumuepirikom area Port Harcourt, the Rivers state capital.

According to one Amb. Samuel Hope Ezemuri, the incident happened on Thursday, September 16.

He was alleged to have lured the child from other kids in the compound with biscuits. However, another neighbor who claims she had seen him allegedly taking her to his room raised an alarm which drew the attention of the girl’s mother and other neighbors.

They ran to the suspect’s room and found him allegedly naked with the little girl who he had undressed.

The child was rescued while the suspect was arrested and handed over to the Rumuepirikom Police Division.