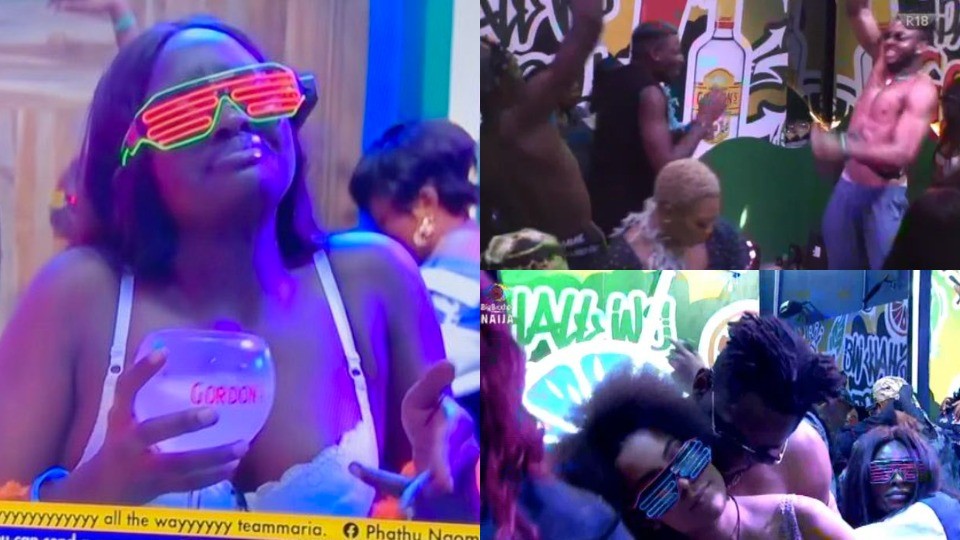 The party was hosted by DJ Wysie.

The ‘Shine Ya Eye’ season has recorded its fifth Saturday party of the season and going by viewers’ reaction, it is one of the best since the show kicked off.

Incase you missed the thrilling party, we have got you covered with highlights:

Viewers consensus is that Wysie has delivered the best party of the season yet. The female disc jockey thrilled the housemates with a fine mix of Nigerian classic hits that successfully kept housemates away from the mirrors and on the dance floor.

Speaking of the dance floor, the housemates appear to have had an amazing night with no exceptions. Unlike previous parties, the old school themed party saw fewer housemates turning to the mirrors for attention or their phones for photo sessions.

Sinking ships or not?

It turns out that the Michael and Jackie B finally capsized during tonight’s party. Towards the end of the party, Michael and Jackie B got into a conversation that left him wearing a long face for the rest of the party. However, the Nini and Saga bond has remained solid at least for the party. As always, the pair remained almost inseparable keeping mostly to themselves on the dance floor