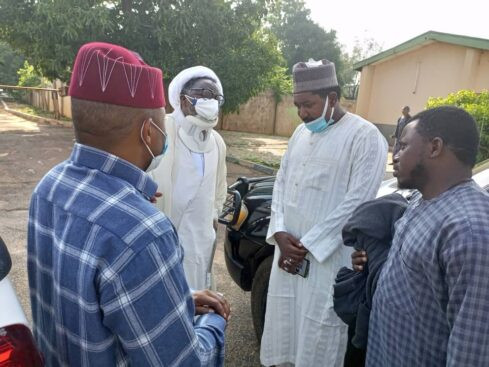 First photos of Islamic Movement in Nigeria leader, Sheikh Ibrahim El-Zakzaky has emerged after being discharged and acquitted by a Kaduna high court.

El-Zakzaky who was discharged and acquitted by a Kaduna State high court on Wednesday July 28, was arrested in 2015 following a clash between his followers and soldiers, and was in DSS custody for 6 years.

In the last six years, the IMN leader has always been seen with armed security personnel. Daily Trust reported that he was seen at the Kaduna airport on Thursday evening, July 29, in the company of some of his followers without gun-wielding officers.

See the photos below…………