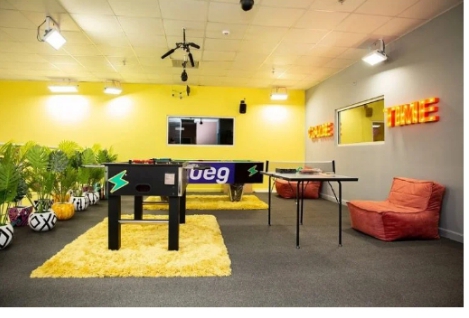 The game is officially on for the new ‘Shine Ya Eye’ housemates with Big Brother welcoming them for their first diary session.

Housemates spoke to Biggie about their favourite housemates so far, possible alliances and their lockdown experience prior to joining the show. In case you missed the diary sessions, check out these five exciting highlights:

1. Yousef tells Biggie about his struggles with adjusting with other housemates

Yousef spoke to Biggie about feeling some of the housemates were dishonest about their true personalities. He named Boma and Sammie as his least trusted housemates.

Yousef also revealed that he did not feel like the housemates would relate to him coming from the North.

2. Cross had his birthday during their lockdown period

Housemates got to share their struggle with the compulsory lockdown experience that saw them go days without any form of connection with the outside world. For housemate, Cross, it was a first in a lifetime experience as he celebrated his birthday alone.

ALSO READ: BBNaija 2021: All you need to know about the 22 housemates

Big Brother, on Sunday, announced that there are two wild card housemates and tasked the house with fishing them out before the eviction show. Saga who had one of the lengthiest diary sessionsdetailed why he suspects Pere might be one of the wild cards.

4. Whitemoney says he does not know how to approach women

Whitemoney might be one of the smooth talkers this season but in his chat with Biggie, he admitted his inability to properly woo women. He told Biggie that he only knew how to offer acts of service but did not not how to speak to them. Whitemoney’s session ended with a request for crayfish.

5. Niyi says he originally wanted to keep his marital status a secret