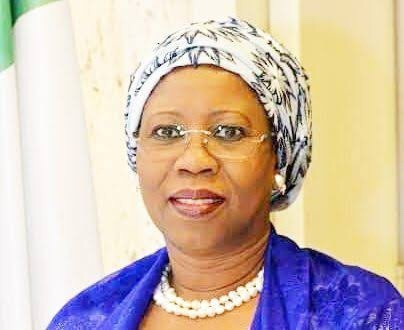 Minister of State for Industry Trade and Investment, Ambassador Maryam Yalwaji Katagun who slumped at an official function in Bauchi State on Monday July 5, has been to the amenity ward at the Trauma Centre of the Abubakar Tafawa Balewa University Teaching Hospital (ATBU-TH) after being stabilized.

A source told Daily Trust that the Chief Medical Director of ATBU-TH, Dr Yusuf Jibrin Bara had taken the minister to the amenity ward in the hospital.

“Her medical challenge was a mild one and the CMD has taken the minister in his personal vehicle to the Amenity ward.”