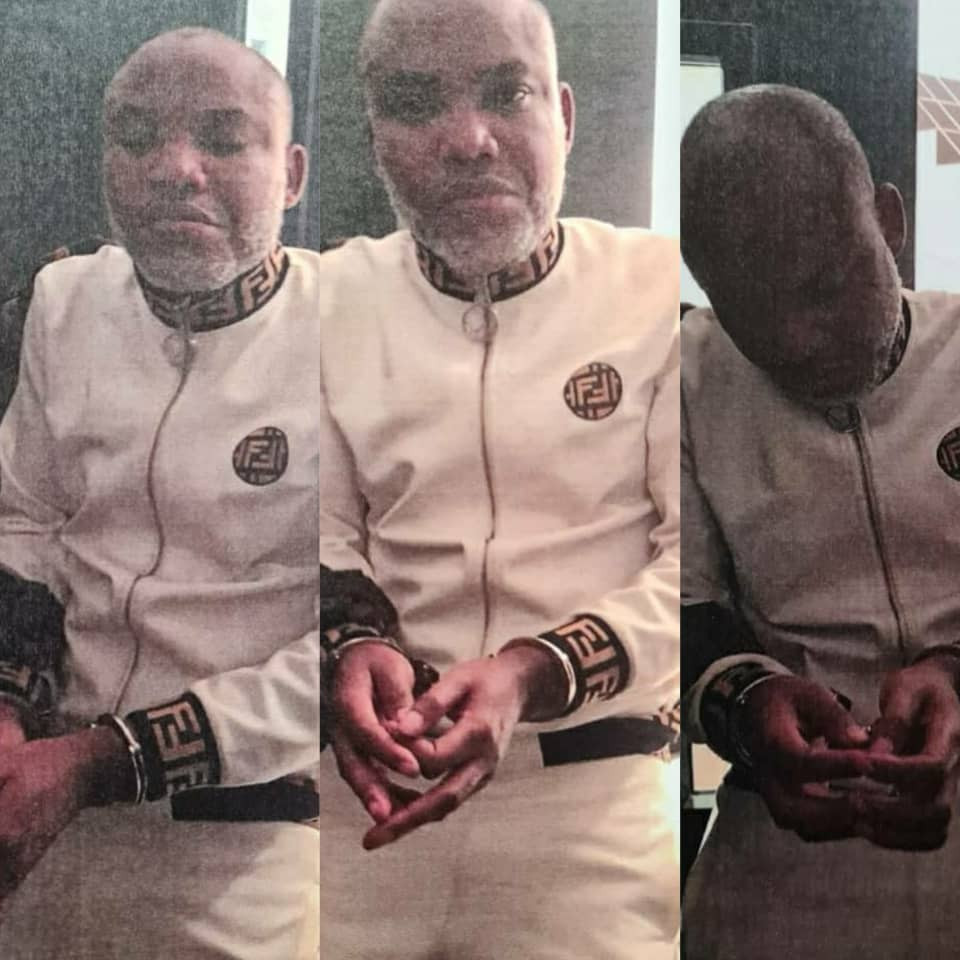 The Federal government has arrested the leader of the proscribed Indigenous People of Biafra IPOB, Nnamdi Kanu.The Minister of Justice and Attorney General of the Federation, Abubakar Malami, disclosed this to newsmen today June 29. Kanu was arrested in the UK and extradited to Abuja.

According to Malami, Kanu’s arrest followed a collaborative effort between security agencies in Nigeria and Interpol. He further disclosed that Kanu would be taken before the Federal High Court in Abuja for the continuation of his trial on charges bordering on terrorism, treasonable felony, unlawful possession of firearms and management of an unlawful society.

Kanu was granted bail in April 2017 on health grounds but skipped bail after flouting some of the conditions given to him by the court. He has been on the run since then. Justice Binta Nyako who granted his bail on grounds of his ill health later revoked it on March 28, 2019 and issued a Bench warrant for his arrest in any part of the country.

Meanwhile, Justice Binta Nyako of the Abuja Division of the Federal High Court has ordered that the leader of the proscribed Indigenious People of Biafra IPOB, Nnamdi Kanu, be remanded in DSS custody.

The remand order was sequel to an application by the Federal government through its lawyer, Shuaibu Labaran.

The judge subsequently adjourned till July 26 for the continuation of the trial.

Kanu who has been on the run after jumping bail was arrested on Sunday, June 27 and extradited to Nigeria. Kanu was granted bail in 2017 but jumped bail and was declared wanted by the government. Apart from jumping bail, the Federal government is also holding Kanu responsible for various acts of violence in the SouthEast.