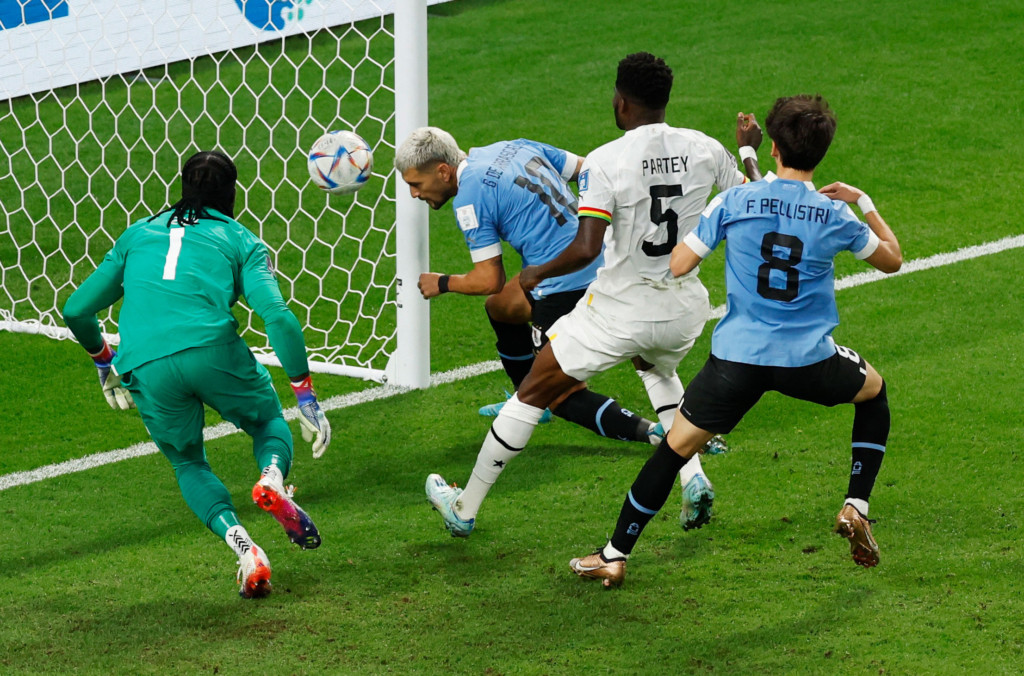 Ghana and Uruguay are out of the 2022 World Cup following a dramatic Group H match today, December 2.

Ghana famously missed an extra-time spot-kick in a quarter-final against Uruguay in South Africa 12 years ago, and today, spurned the chance to take the lead in the 21st minute when Andre Ayew’s tame penalty was easily saved by Sergio Rochet.

Uruguay made them pay with their first goals of the tournament as De Arrascaeta headed the ball over the line from close-range after a shot from Luis Suarez in the 26th minute.

The midfielder doubled his country’s lead in the game with a superb volley after Suarez clipped a ball over the top of the Ghana defence.

Uruguay were in a position to go through until South Korea’s late goal gave it a 2-1 win over Portugal in the other Group H game. That meant Uruguay needed to score one more goal in the dying minutes of its game to qualify for the Round of 16.

The South Americans couldn’t get another goal in the match and dropped to the third spot in the group. Ghana on the other hand, finished bottom of the group with three points.