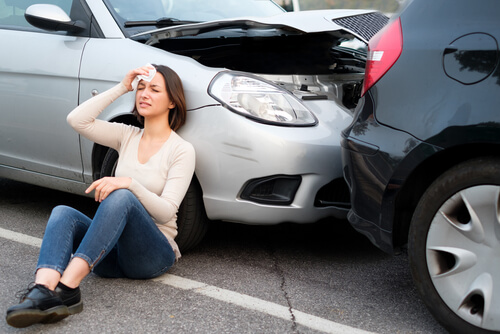 It is often said that danger is everywhere, but safety can be sure if one can always take precautions.

This takes us to look at the deadly events that happened on Christmas Day, i.e., on the 25th of December, 2021.

As the merriment of Christmas proceeded, numerous Nigerians resolved to visit their loved ones at different locales.

However, some people were reported to have died in about three locations in ghastly auto accidents, that is what I shall analyze in turn in this article: Nothing less than six people lost their lives along the Ibadan Express Road today in a fatal incident that occurred between two vehicles.

The sector commander of the federal road safety corps (FRSC), Ahmed Umar, made it known that the ghastly incident occurred due to the impatience of the two drivers who would not make way for one another while traveling at high speed.

According to the report, the six people had been deposited at the morgue while the other passengers who were seriously mutilated had been taken to a hospital at Shagamu.

•The Death of an FRSC Officer Killed by a Trailer: It was so pathetic to hear that an FRSC officer was knocked down at Shagamu in the area of Ogun state by a trailer that was said to be raising uncontrollably. According to reports, the trailer hit two FRSC officials, one of whom died immediately and the other was seriously injured.

The trailer was said to have sped off upon noticing what he had done, but with the help of other motorists and cyclists, he was apprehended and then handed over to the police, while the cadaver of the FRSC officer was taken to a morgue. It was reported that approximately seven people died along the Shagamu/Ijebu-Ode expressway.

This was said to have happened due to the heavy speed being embarked on by the driver.

The Ogun state sector commander of FRSC, Ahmed Umar, made it clear that the vehicle involved had taken off from Ojuelegba in Lagos state and had a fatal accident in the aforesaid place, with seven people dying on the spot, some being taken to hospital while some being declared intact.

It is very important to know that being in the festive period requires one to be safety-conscious.

This is because both the driver who is driving and the people being conveyed are very important to their people. That is why the driver must be very careful because of the danger that may happen.

Therefore, before we drive, we must ascertain that the vehicle is in good condition. We must check the state of the tires and confirm if there is enough fuel in the fuel tank.

The most important thing is that we must handle our journey in the hand of God before we leave and check both the right and left side mirrors to see if they are intact.

While we are on the highway, we must maintain a regular speed, we must not overspeed and we mustn’t compete with other drivers on the highway because this is where most of the accidents that are happening come from.

This advice is very important for all drivers to take note of and for us to prevent any unwanted accidents.