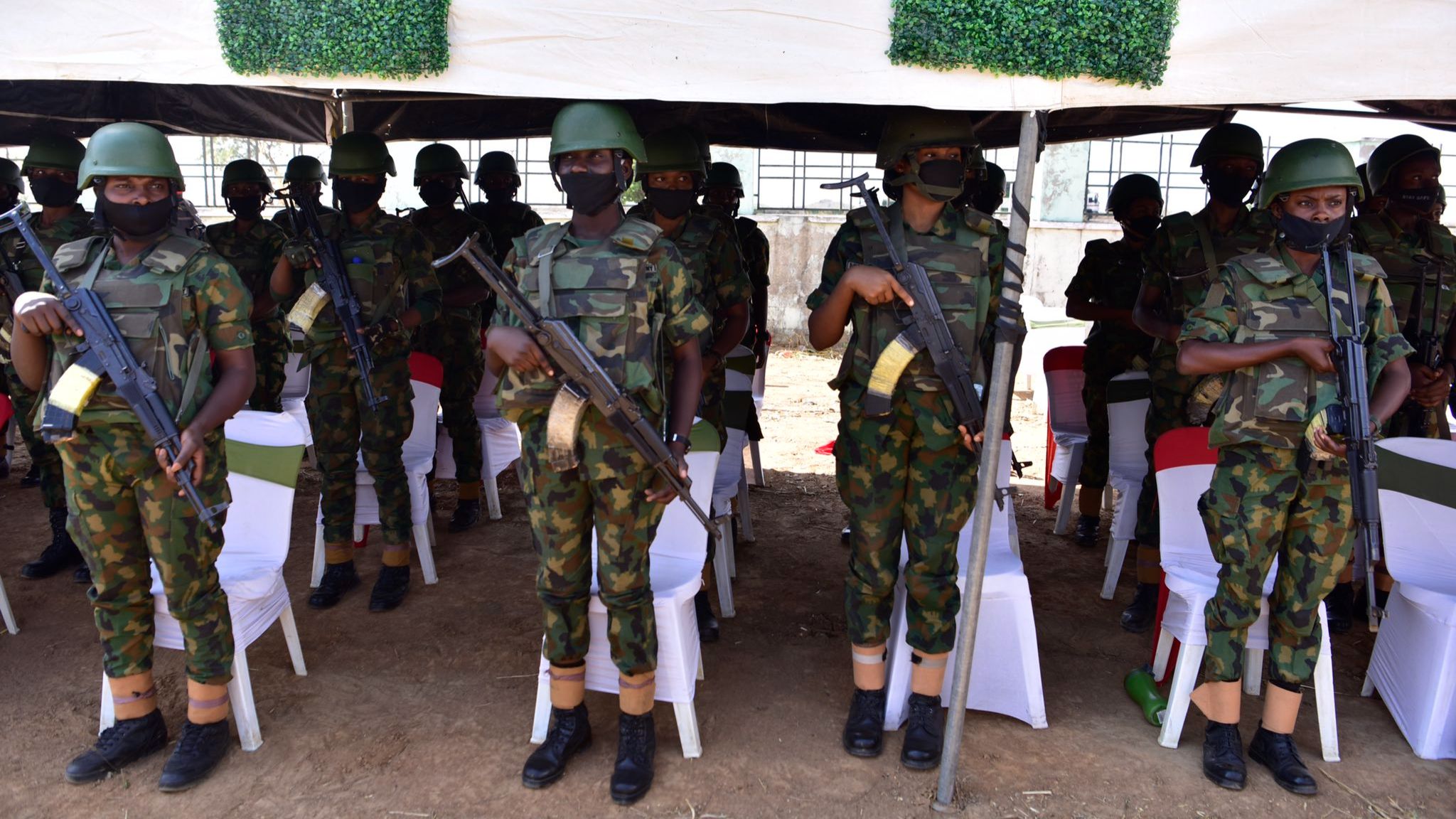 This post was necessitated by the recent apprehension of a female soldier that went viral few days ago after she was captured on camera getting a proposal from one of the male corp member at the Kwara state orientation camp.

There are certain things Nigerian Women Soldiers are prohibited from doing most especially when they are on their army uniform.

The very day you signed up to join the army, you are expected to abide by the code of conduct guiding the Women military personnel. This article would give you some insight on the things that women soldiers are not to be found wanting.

Below are some of things that women soldiers are not allowed to engage in.

1. Showing of affection to their male or civilian counterparts in public places:

As a female soldier, you are not allowed to show public affection to your fellow colleagues or civilian in public places. If you are caught, there are consequences that would follow such attitude. This rule could also be applicable to the male soldiers.

3. Flouting of Long hairs that passes the shoulder of your uniform:

Women Soldiers are expected to be decent in their appearance. You are not allowed to use long weavons or attachments when making your hair.

4. Use of Earrings on uniform:

Once you are on military attires, women soldiers are expected to pull out their earrings.

5 Tattoos: drawing of tattoos on the body is another thing that both Men and female soldiers are prohibited from. In case you are nursing the ambition of becoming a Soldier as a woman, please consider the above laws before making a decision