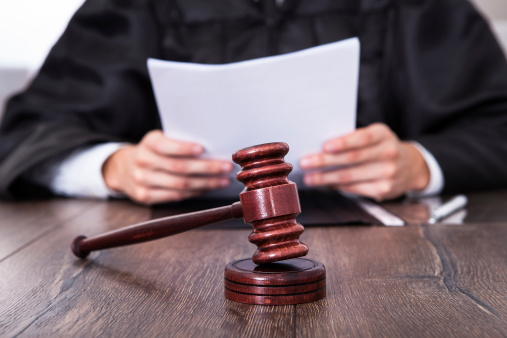 A death sentence is usually attributed to offences that are very grievous in nature. These type of offences are called capital offences since they attract a capital punishment. Some of these offences are murder, treason, treasonable felony, armed robbery, kidnapping, etc. Section 33 of the Nigerian Constitution guarantees every Nigerian citizen of their right to life. It provides that persons living in Nigeria, shall have a right to life and no one shall be deprived intentionally of his life unless in execution of the sentence of a court of a criminal office of which he has been found guilty.

If you have ever been in a court room and experienced a judge passing a death sentence on an individual, then you must have noticed the judge breaking the tip of their pen. In this article, we would examine how this tradition started, and reason for it. The act of judges breaking the nib of their pen after sentencing an individual can be traced back to British History. The rationale behind the breaking of the nib was majorly done by convention, and not because of any laid down rule that made it compulsory.

There is no law that authorizes judges to break the nibs of their pens after passing a death sentence. There have however been quite a number of theories given to this conventional practice done by judges.

One theory sees the breaking of the nib as a symbolic act. It is done so that the pen which is used to sign a person’s life away will not be used to do that ever again. According to another theory, the nib is broken so that after writing or signing the death sentence, the judges have no power to review or revoke the judgement he has passed.

There’s also a theory that sees the breaking of the nib as an act done by the judges in order to distance themselves from the judgement and the guilt that comes with it.