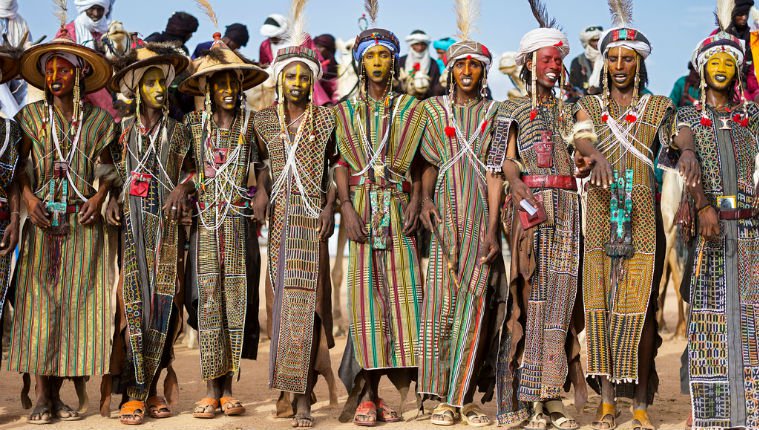 With an estimated amount of 20-25 million, they are believed to come from North Africa and the Middle East.

Fulani: A brief walk into the origin and lifestyle of this beautiful people [afktravel]

The Fulani people are one of the largest ethnic groups that can be found widely dispersed across the Sahel and West Africa.

Known by different names across the globe, they are called the Fula people in Manding languages and can sometimes be spelled as ‘Fulah’ or ‘Fullah’.

However, of all these names ‘Fulbe’ is the preferred name of these group of people. The Fulani’s are located in an area that stretches from Ouaddai, a city east of Lake Chad, to Senegal’s Atlantic shore.

They are as far east as the border of Ethiopia.

The Fula people generally practice Islam, on their way to or back from Mecca, Saudi Arabia, settled in parts of eastern Sudan.

Today, they represent a community known as Fellata.

What is the origin of the Fulani people?

The origin of the Fulani people is debatable, and this is because numerous ideas about their ancestry have been proposed.

But the main religion of the Fulani’s is Islam and the taking on of this religion became a boundary marker.

People whom historians recognize as Fulani today are presumed to have North African or Middle Eastern origin known as ‘white-rooted’ ethnic groups in West Africa, they have a much lighter complexion than most Africans.

These people are the largest nomadic pastoral community and as pastoral people, they tended to move in an eastern direction and spread over much of West Africa.

Movement of the Fula people in West Africa followed a specific pattern.

At first, their relocation was peaceful, but after some time, the Fulani’s became angry and resentful at being ruled by people they deemed as ‘pagans’ or ‘imperfect Muslims’.

Their anger was driven further by the larger migration that took place in the 17th century and the majority of the migrants were Muslims.

By the start of the 18th century, there was a rebellion against local rulers which led to the holy

The Situation in Nigeria was a little bit different as they settled in a place that was more evolved and settled that other areas in Western parts of Africa.

And it was during the 15th century they arrived in Nigeria. They settled in Hausa states such as Kano, Zaria, and Katsina as clerics.

Others later settled among local people in the 16th and 17th century, at this time the predominant Hausa state was Gobir after being able to gain its independence from foreign rulers.

These ties which they still had, became useful when they joined the jihads which continued with force across West Africa.

Shehu Usman Dan Fodio was an outstanding Fulani cleric. He launched a jihad in 1804 and by 1810 almost all of the Hausa states had been defeated.

The Cattle Fulani were enraged at what they viewed as unfair cattle tax levy imposed on them by the ‘imperfect Muslims’.

After his victory, many Hausa’s such as Yakubu in Bauchi and those in Adamawa joined Usman Dan Fodio.

It is a belief among the Fulani’s that marriages are supposed to produce many children, and as a result of this, they marry young without any desire for birth control.

Unlike other African cultures, virginity is not placed on a high pedestal. In fact, women are supposed to bring sexual experience to the marriage.

However, they, on the other hand, are to display modesty when the topic of marriage arises.

After this, another ceremony called ‘Kabbal’ may take place and neither the bride or groom is to be present.

Customarily, the status of the bride increases with each child she bears, especially if they are

Fulani’s practice endogamy (The custom of marrying only within the limits of a local community, clan, or tribe).

It is not uncommon to see Fulani women hawking milk products in decorated calabash on their heads.

Other meals include Nyiri which is heavy grease made of flour and is eaten with soups (Takai,

Haako) which is made from tomatoes, peppers, and other vegetables.

Another popular meal is fermented milk with corn couscous which is referred to as ‘latchiiri’ or ‘dakkere’, it could also be taken as a fluid called ‘gari’ which is made of flour cereals.

On special and specific occasions they eat meat. Milk, goat cheese and millet with dates are pounded together to produce a thick beverage.

Their mode of dressing depends on the region they come from. The Fulbe Wodabaabe wear long flowing embroidered or decorated robes which are always very colorful.

In central Guinea, the men wear hats with colorful embroidery, whereas in Nigeria, Cameroon, and Niger, both men and women wear a typical white or black cotton material gown, embellished with blue, red and green thread embroidery work.

The style varies with sex and region.

ALSO READ: 10 slangs only a Nigerian can understand

The men wear a hat that tappers at 3 angular tips and it is called ‘noppiire’.

Fulani men wear solid colored shirts and trousers which go down to their lower calves, they carry walking sticks across their shoulders with their arms resting on them.

A typical Fulani can be easily identified by markings on his/her face; around their eyes, mouth, and foreheads for men.