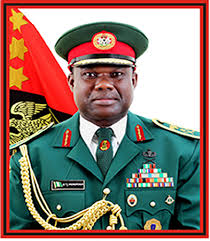 As the 2023 general election draws near, politicians across Nigeria are already warming up to succeed President Muhammadu Buhari. However, some Lieutenants Army officers some serving and some retired are likely to join the Race for the Presidential position. Notable among them are: Dambazau is a retired Nigeria Army general and politician who served as Chief of Army Staff under president Goodluck Jonathan led administration. He was appointed by President Muhammadu Buhari during his inception into office following his retirement as Minister of Interior in Nigeria. Minimah is a former Nigeria Chief of Army Staff. The 62 year old served in different levels in the Nigerian Army before his appointment by President Goodluck Jonathan.