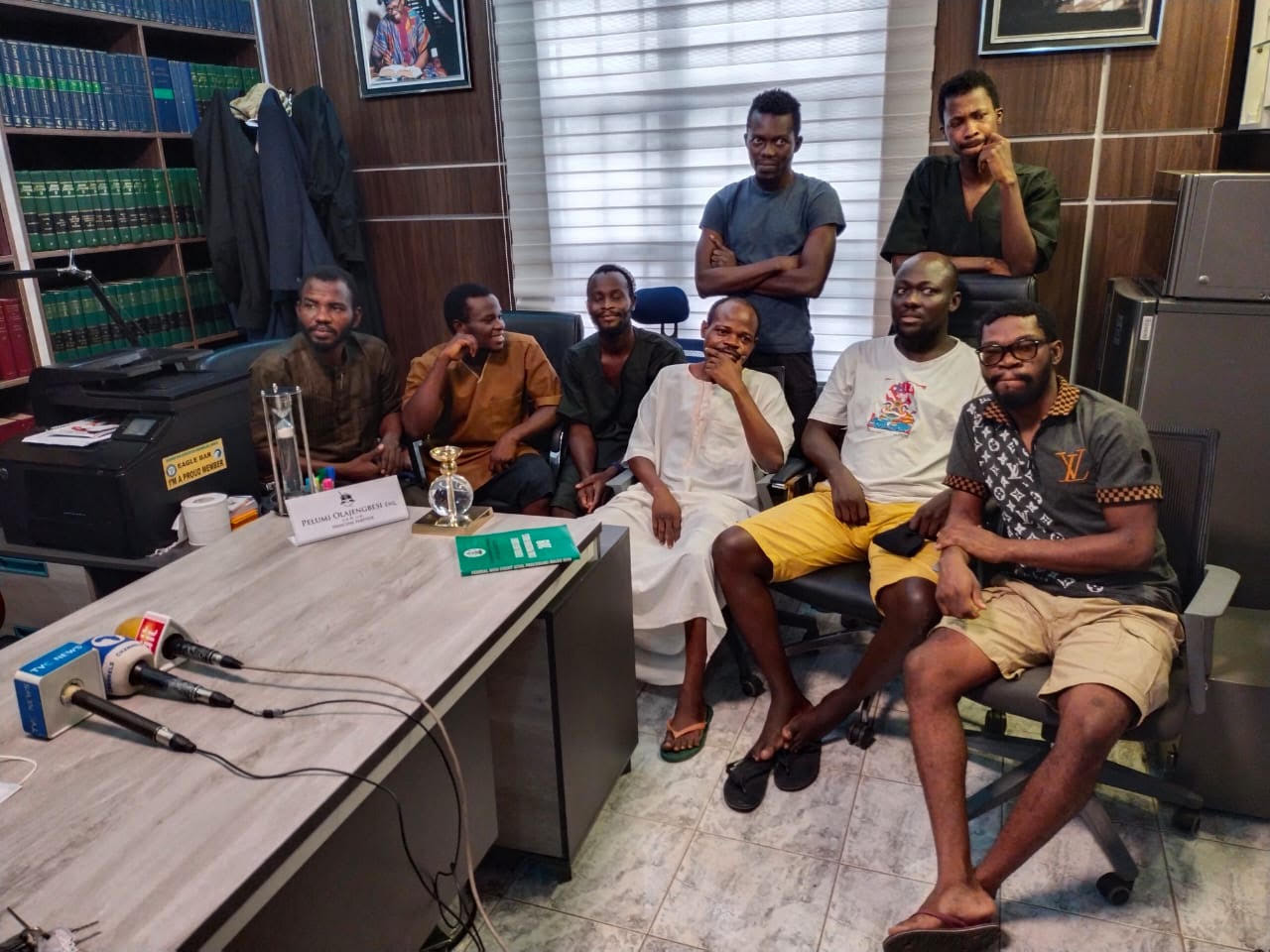 The Department of State Services DSS has released eight of the 12 associates of Yoruba nation agitator, Sunday Igboho, after 61 days in custody.

The associates were arrested on July 1 after the DSS carried out a raid on Igboho’s Ibadan home.

The secret police released the eight detainees on Monday afternoon, August 30, but held on to four others.

Confirming their release to newsmen at a press conference, their lawyer, Pelumi Olajengbesi, said that the remaining four of his clients must be freed because they had been granted bail by the court. He also stated that the DSS must account for the two associates of Igboho killed during the bloody raid of July 1, 2021.

Justice Obiora Egwuatu of the Federal High Court sitting in Abuja on August 4, 2021 granted bail to the 12 detained aides of the separatist leader. They had met their bail conditions including the provision of 24 sureties but the DSS lawyer, Idowu Awo, kicked against the bail granted by Justice Egwuatu to four of the detainees, claiming that they were heavily involved in the alleged offence of arms stockpiling and other criminal activities of their boss, Igboho.

Awo had sought a remand application for the four detainees saying their release would affect the investigation.