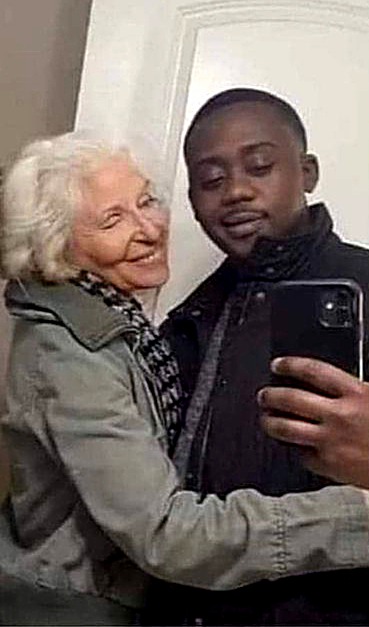 If you can recall, there was a story of an American woman who travelled to Nigeria and got married to a 24-year-old man that she met on the internet.

This article is about a similar issue that happened to Sulaiman and Jane, but this time it doesn’t start by meeting on the internet.

Unlike Sulaiman and Jane, the 86 years old American woman met this young man in America, where he went to further his education.

The woman is very rich and Influetial, and she is very educated too, she finds him trust worthy that is why she gave him her trust and wants to marry him.

According to the Hausa news website, (dokin_karfe_tv), the young man also shows interest in her right from the moment they met, and he also want to spend the rest of his life with her.

Some people thought he is after her money while others thought it’s just a true definition of true love.

The story of Sulaiman and Jane ended well, they are now happily married, please why do you think is not a good idea for him to marry her?