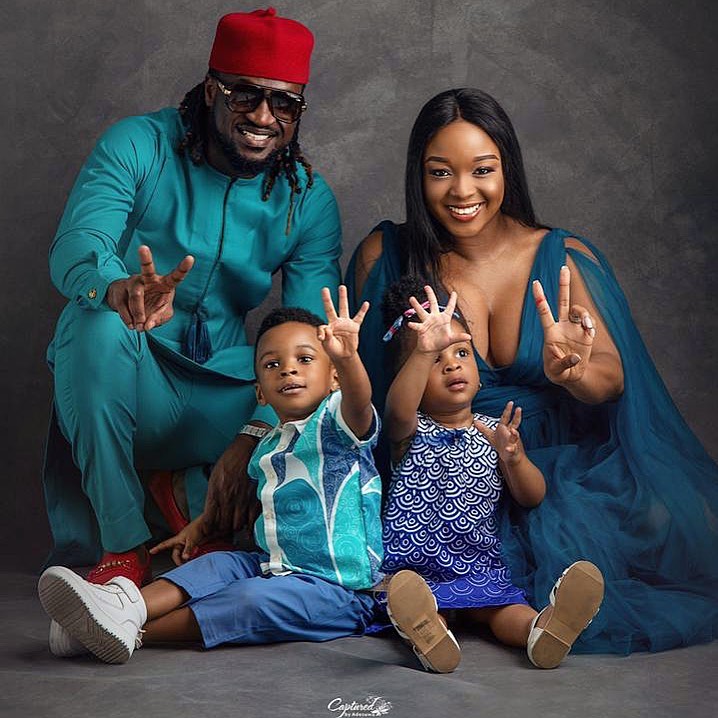 Anita Okoye, the wife of Nigerian singer, Paul Okoye of the defunct music group, Psquare has filed for divorce.

In a court document exclusively obtained by Pulse, Anita has requested the dissolution of their marriage.

She also advised her now estranged husband in the legal document to challenge the petition if he feels disgruntled.

Anita has requested the dissolution of their marriage.

There had been rumours of the couple’s split for months now.

Anita first sparked divorce rumours in April when it was reported that she relocated with their three children to the United States of America.

In 2019, she was accused by a popular aphrodisiac vendor of buying items to keep her marriage together. The vendor later took down the story from Instagram.

Anita and Paul who were university sweethearts got married in 2014 in a very flamboyant wedding ceremony held in Port Harcourt.

They welcomed their first son, Andre, the previous year. In 2017, they welcomed a set of twins, Nadia

Anita says their marriage broke down immediately after the birth of their twins.

In the early hours of Friday, August 20, 2021, the news of Anita Okoye’s divorce from music star, Paul Okoye hit the internet.

Anita who tied the knot with Paul in 2014 asked an Abuja High Court to dissolve their 7-year-old marriage.

According to documents exclusively obtained by Pulse, here are five reasons, Anita wants her marriage to the music star dissolved.

1. They no longer share mutual conjugal relationship as husband and wife

According to Anita in the petition, Paul denied her any form of companionship and love which are the integral components of all successful marriages.

Anita also said that the music star shirked his responsibility as a husband by refusing to support and cater to her and her family members.

3. They no longer have communication as a couple

In the petition exclusively obtained by Pulse, Anita said they no longer communicate as a couple. She stated that the marriage has broken down irretrievably because of lack of love and compatibility.

Anita who was the music star’s university sweetheart said another reason she wants their marriage dissolved is over irreconcilable differences.

5. Extreme indifference towards her feelings

The mother of three said in the petition that their relationship went cold and all attempts to savour what was left of it, was met with stiff resistance. She also said the music star ceased all forms of communication with her.