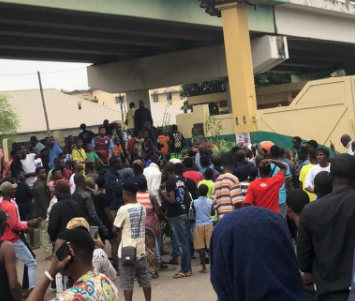 A protest broke out in Ibadan, the Oyo state capital on Wednesday, August 18, after members of the Amotekun corp allegedly killed a 15-year-old boy. The circumstances surrounding the alleged murder is not clear as the state police is yet to react to the development.

Scores of angry youths in the capital city conveyed the corpse as they protested along the Agodi Secretariat Road.