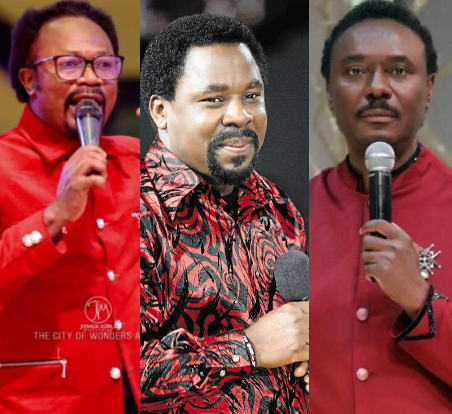 Pastor Joshua Iginla has condemned Rev. Chris Okotie for the statement he made about the late T.B. Joshua.

Chris Okotie had called T.B. Joshua the “Wizard at Endor” shortly after his death, then recently called him names again. Chris said that T.B. Joshua took that name “because he believes he is another Jesus.”

Chris added of the late televangelist: “He believes that God sent him to our world to bring reconciliation between God and mankind, exactly the same way the Lord Jesus was sent, and that is why he took that name Joshua.”

Okotie went on to call T.B. Joshua a magician and a sorcerer who parades himself as a prophet (read here).

Okotie’s utterance has been condemned by a number of people and Iginla has now weighed in.

Speaking on the topic, Iginla asked: “So it is now an error to bear Joshua?”

He continued: “Pastor Chris Okotie is a disgrace to the body of Christ. How do you talk about the dead in this manner? How?”