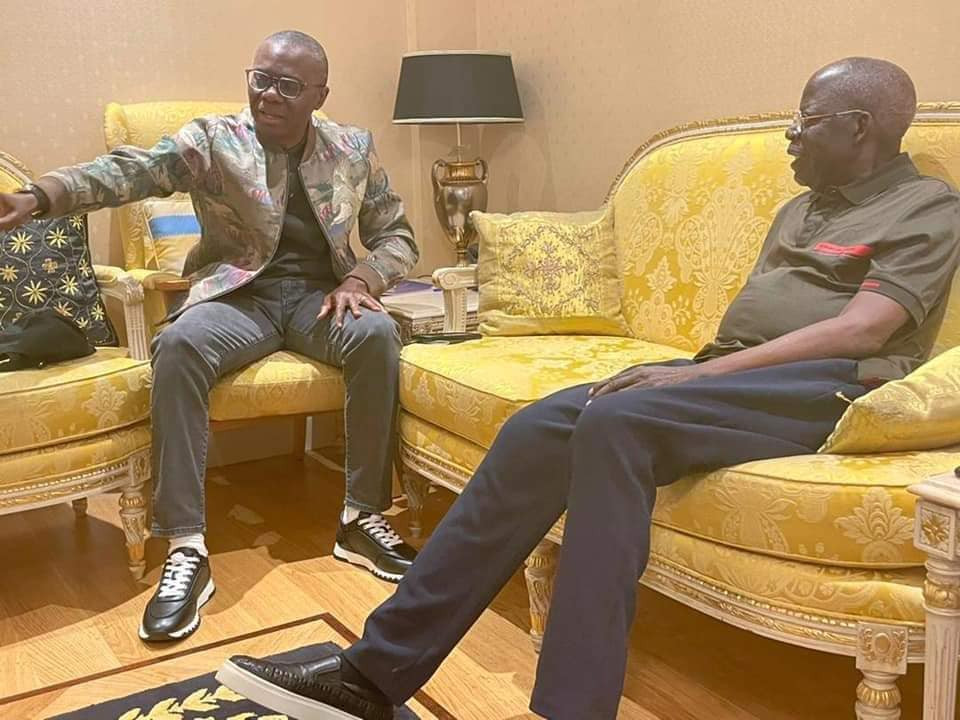 APC National Leader, Bola Tinubu, is pictured with his grandchildren and their nanny in London on Tuesday, August 3.  AND ALSO

Recall that over the weekend, rumors were rife on social media that the former Lagos state governor was hospitalized or had passed in a hospital abroad. His media aide however released a statement debunking the claim.

See more photos from Sanwo-Olu’s visit to Tinubu below…